The 2017 Masters Champion Sergio Garcia will pay tribute to Rob Chapman by wearing the green "ROB" pin worn by 2017 BCJI participants. Please view the video attached, 7 minute mark, to hear Sergio tell us how much Rob meant to him, his family and his career. read more 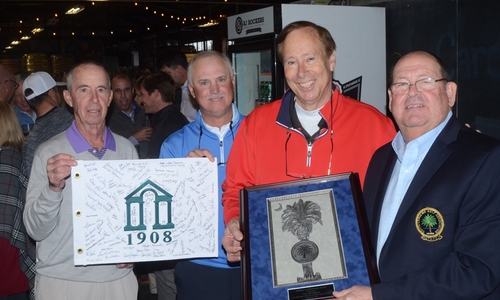 You can make a lot of friends in 46 years around a golf course and Tom McAllister did just that in his long tenure at The Country Club of Spartanburg. McAllister retired from the club in February and hoped to slip away quietly from the job he held since becoming a PGA professional. However, his many friends and fans at the club had a different idea.More than 100 members, friends and former assistants gathered to show their appreciation for his years of service to them and the club. read more